It is a story about a simple girl, who ends up staying in a hotel in Venice with her father for her 18th birthday after her mother bailed out on the romantic getaway that her father planned to try to fix the marriage. In the last night of the trip though, the A/C breaks down and she ends up waking up during the night because of the heat and sweat. Then, by accident or by fate, she sees something she shouldn’t have, and when they return home on the next day a new idea hatches in her mind. She has to seduce her daddy.

That’s where you come in, you take control of the girl in the hopes of seducing her father, having sex with him and making him as happy as he has made her. Will she be able to sate her lust? What will happen with the marriage? How far are you willing to go for your daddy?

How to install I Love Daddy APK? 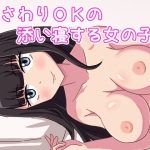 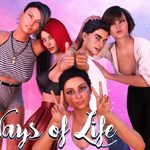